Providing local police with mental health training is a good start, but it doesn’t address aiding the homeless

The Wyoming Tribune Eagle reported on Jan. 29 about Mayor Marian Orr’s State of the City address in which Orr stated the following: “The police department also began the ‘One Mind’ project, which recognizes the ties between homelessness and mental illness and attempts to provide ‘the right kind of help.’”
The One Mind Project is described by the International Association of Chiefs of Police as:
“The One Mind Campaign seeks to ensure successful interactions between police officers and persons affected 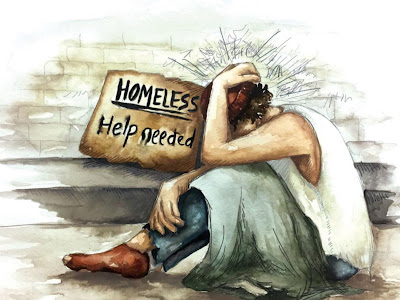 by mental illness. The initiative focuses on uniting local communities, public safety organizations, and mental health organizations so that the three become ‘of one mind.’ To join the campaign, law enforcement agencies must pledge to implement four promising practices over a 12-36 month time frame.

“These practices include: establishing a clearly defined and sustainable partnership with a community mental health organization; developing a model policy to implement police response to persons affected by mental illness; training and certifying sworn officers and selected non-sworn staff in mental health first aid training or other equivalent mental health awareness course; and providing crisis intervention team training.”
It’s important to note that the One Mind Project does not specifically address police response to mental illness and the homeless. The project addresses police response to persons with mental illness, of which one in four Americans (26 percent), in any given year, are being treated with a diagnosable mental disorder.
Homeless people with mental disorders also follow the national norm for all citizens with mental disorders at 25-26 percent, meaning our homeless are no more or less affected by mental disorders than citizens with stable, permanent housing.
In 2018, Cheyenne police officers responded to approximately 28,000 citizen requests for services. While recognizing that a percentage of these calls would be from the same caller, for instance a business reporting shoplifting, the opportunity presented itself that police interacted with 7,000 Cheyenne citizens diagnosed with a mental disorder.
This is not an insignificant number, especially when you consider that the Cheyenne Police Department  reported 86,363 calls for service when you also factor officer-initiated contacts.
The One Mind Project, and especially the Cheyenne Police Department’s adoption and implementation of the project, is a positive step forward for community policing. Having our police officers involved with Cheyenne’s mental health community will better address and understand the issues of mental health as it affects the community of Cheyenne as a whole, not simply our homeless population.
Next up: Policing a transient population requires a cultural change in policing.

Steve Myrum is a Cheyenne resident.
Posted by Publius Wyoming at 5:51 PM No comments:

If you want to keep Wyoming’s guardsmen out of foreign wars, Lindholm’s bill can get that job done

But what if you support President Donald Trump? Well, here’s your chance. Trump has been on the record saying we should pull our troops out of the war in Afghanistan. As a candidate in South Carolina, he said that invading Iraq was “one of the worst mistakes in the history of this country.”  (https://cutt.ly/JrT7HmO) The Defend the Guard Act gives you the opportunity to MAGA your butt off.
But what if you are an environmentalist? The Defend the Guard Act is for you! I don’t really have to explain how blowing things up is bad for the environment, do I?
But what if you’re a Democrat? Lindholm has bipartisan support for The Defend the Guard Act.
You want to learn more, right? Of course, you do! Read more about The Defend the Guard Act and the patriotic veterans bringing this legislation to you at (https://www.wybringourtroopshome.com/).
Read about legislative success in other states. See what Oklahoma, Idaho, West Virginia and Michigan are doing to Defend the Guard at  https://bringourtroopshome.us/news/.
These are our nation’s heroes, telling us what they need. What they want. What they feel like they deserve.
What’s more, they are telling you how you can help.
In Wyoming, the time to help is now. Lindholm will need 40 votes to get this legislation passed the floor. Contact your local representative and encourage them to support The Defend the Guard Act.
Contact Gov. Mark Gordon and encourage him to do the same.
It is our patriotic duty, and it is truly the least we can do for our Wyoming guardsmen and their families. For more information or to contact Lindholm, go to http://www.tylerlindholm.org/.

Jeremy Royer is a local writer.

Posted by Publius Wyoming at 6:11 PM No comments:

To bundle or not to bundle 6th penny projects? Officials and the public weigh in on the subject

Richard Johnson is a former City Council member from Cheyenne’s east side.
Posted by Publius Wyoming at 6:23 PM 1 comment: