BY BRADLEY HARRINGTON
Since we’ve been discussing the “economic development” racket for the last few rants, what better place to land next than the City of Cheyenne’s own schemes in this arena? 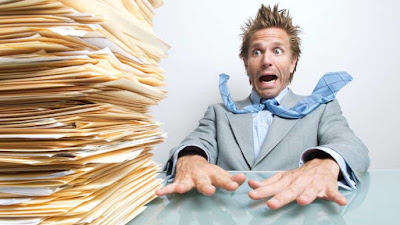 And, trust me, when it comes to “economic development” and just how you should be taking care of your property, the city’s got plenty of schemes up its sleeves.

Consider the city’s new “chief economic development officer” position Mayor Marian Orr just created, for instance:
“Brendan Ames ... will join the city in January as her chief economic development officer, Orr announced ... He’ll make $90,000 per year ...” (“Cheyenne hires real estate agent as economic development chief,”  “Wyoming Tribune Eagle,” Dec. 1, 2018.)
And just what does a “chief economic development officer” do? We’ll let Mr. Ames tell you himself:
“He said his job is two-fold: Ensuring city planners are communicating with developers and being flexible on regulations – two qualities developers have criticized the city for lacking in the past – and following up with businesses interested in building in or expanding to the city, and connecting them with incentives and other resources.” (“Ames: Economic development in Cheyenne a ‘work in progress,’” the Wyoming Tribune Eagle,” June 30.)
And, from the mayor: “Ames’ job is (to) make sure that the process is as streamlined as possible in that developers and business owners essentially have one person they need to (see to) get that work done.”
Hmmm ... Let’s think about that first part for a minute or two:
■ Just how much “flexibility” does Ames possess, and have those duties of “flexibility” been objectively defined and delimited? Can Ames waive portions of the city’s Unified Development Code, for instance? And, if so, what determines how Mr. Ames will deal with one developer/property owner vs. another? His lordly whim?
That’s a recipe for arbitrary and non-objective control if there ever was one, and it’s in complete violation of the most fundamental precept of American government we’ve got: that the law deals with all of us equally. “Flexibility,” in this context, is just another word for the level of coercion Ames chooses to exert over the property of others.
■ If it’s now obvious that City Hall already possesses way too much power over the non-aggressive economic transactions of others (otherwise it wouldn’t be Ames’ job to be “flexible” in order to mitigate the negative consequences of it), then why doesn’t the city just start abolishing all the nonsense out of its city code?
Nonsense like this, for instance:
“Ground cover and non-tree landscape features. The sum of all ground cover and non-tree landscape feature points, as defined in Table 6-9 below, from ground cover and non-tree landscaping features used in the landscape must exceed the square footage of the required internal landscape area divided by 500.” (“Cheyenne UDC,” Section 6.3.4b.)
Whatever happened to the days when city governments made sure your buildings weren’t going to burn down and affect others and had codes in place for those types of protections – but otherwise left property owners alone to develop their land as they see fit? Now we have the city telling us what types and quantities of vegetation our business properties require? Are you kidding me?
Garbage like this doesn’t need to be “flexible-ized,” Mr. Ames: It needs to be wiped off the books completely!
Why don’t you get busy on that? Go through the entire 292 pages of the code and eliminate everything but safety violations. Trust me, you’ll have a much thinner document when you’re through (and a lot more “friendlier” of a business climate as well).
But then, who would need you and your “flexibility”? You’d have to go back to selling real estate for a living.
As for you, Mayor Orr: You don’t “streamline” things by adding to them, you do it by taking things away.
It sounds like Ames is a pretty bright guy, and I’m sure he would be a major asset for any company to have that he might decide to go work for. But from a strictly political/economic standpoint, his city position is nothing more than a $90,000-a-year dead weight around the necks of every Cheyenne taxpayer. Where’s the “growth” in that, other than government growth?
If you truly want to “streamline” things, Ms. Orr, I’d suggest you sit next to Ames at the Unified Development Code table and just start hacking away. Get it done and get it in front of the council and get it pushed through.
Give that a try, Ms. Mayor, Then we might start taking your “streamlining” attempts seriously rather than the political posturing and grandstanding they qualify as now.

Bradley Harrington is a computer technician and a writer who lives in Cheyenne. He also blogs at www.reignitinglibertystorch.com. Email: bradhgt1776@gmail.com.

Posted by Publius Wyoming at 6:33 AM