“I think we have more machinery of government than is necessary, too many parasites living on the labor of the industrious.” – Thomas Jefferson, “Letter to William Ludlow,” 1824

BY BRADLEY HARRINGTON
So, after the Cody Labs crash-and-burn we discussed last week (“Cody Labs fascism collapses around our ears,” “Truth to Power,” July 6), you’d think Wyoming would learn a lesson or two about the dangers of economic interventionism.
If you thought that, however, you’d be wrong:
“Plans to develop a $17.8 million manufacturing plant in Cheyenne are moving forward ... The Wyoming Business Council board on Thursday recommended the state approve a $9.35 million loan for the construction of an 80,000-square-foot biomedical facility on the city’s east side.” (“Business Council recommends $9.3M for Cheyenne manufacturing plant,” “Wyoming Tribune Eagle,” June 21.)
So, who’s the new “darling on the block” in the Business Council’s eyes? Who’s the next outfit in line for a ride on the government’s gravy train?
A California-based company named Innovive, “registered as WYTEC locally.” Innovive, it seems, is “working with economic development groups to design and build 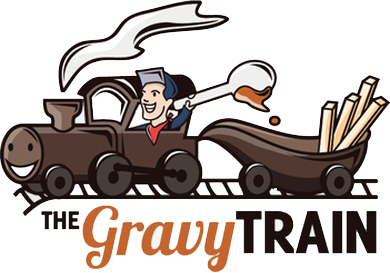 a state-of-the-art manufacturing plant in the Cheyenne Business Parkway within two years. Cheyenne LEADS, which owns the business park, would sell the acreage to WYTEC.”
That should be sending off a volley of red flares right there: Any company interested in honest production would simply buy the land, build the facility, open for business, earn its profits and be done with it.
Is it a shortage of capital? If so, and if Innovive’s proposed facility is such a great idea and truly does pose all the opportunities for “economic development” and “diversity” everyone says it does, then why wouldn’t a bank look to be making a tidy profit off such a low-risk loan?
The story does mention that “WYTEC’s bank would put up $4 million,” but this proposed facility’s capital requirements are substantially more than that. Why won’t Innovive’s bank take it into the end zone? Or why couldn’t Innovive consort with another bank or banks for the remainder of the needed funds?
Instead, it’s a quest for a government handout. (Sure, such “loans” are supposed to be paid back. Tell that to the taxpayers, who are still awaiting their $2.5 million reimbursement for what the Business Council blew on the Cody Labs warehouse construction.)
So, for educational purposes only, let’s continue laying out the general outlines of the “economic development” game. So far, we’ve got:
■ The Looters – The Wyoming Business Council in this case, with its economically corrosive “programs” offering “grants” and “loans” to businesses as it deems appropriate, seeking to suspend the normal market operations of supply and demand.
■ The Moochers – Innovive/WYTEC, in this case, who sponge off “the system” and gain “profits” through force, not production (to the extent their operations rely on such “revenue”).
■ The Facilitators – And, finally, you’ve got the “Good ‘Ole Boy Network” organizations, Cheyenne LEADS in this case, which operate in the background, serving to bring the first two groups together while arranging tidy “profits” for themselves in that process.
And the news story itself gave away the clues on one way this last strategy can be made to work:
1 – Buy up a bunch of land; 2 – Get government “economic development” funding (“the City of Cheyenne, Laramie County and the Cheyenne-Laramie Joint Powers Board”); and 3 – Sell your land parcels, at greatly increased prices, to the companies you’re able to cajole into relocating here.
LEADS CEO Randy Bruns and Company are laughing all the way to the bank! Who says there’s no money in “economic development” schemes?
And, to cap it all off, this constant back-and-forth “shell game” of “economic development” between all of these various factions is all made possible by one thing and one thing only: your tax dollars being extracted from you by force.
YOU, Mr. and Ms. Taxpayer, have had both your money as well as your market choices robbed from you. By what right? By what standard?
If old Thomas Jefferson thought the sandwich and glass of milk offered up by his 1824 government was out of control, what do you think he’d think about the orgy of state smorgasbord pork we’re confronted with now? And how many revolutions per second is the old boy spinning in his grave?
Wyoming could actually be a leader amongst states when it comes to tax cuts, deregulation and property/contract protection, and such policies would result in instant consequences: real jobs, real production and real economic development.
Instead, we’re supporting a bunch of taxpayer-funded economic hooliganism by means of a non-market system best described as fascist cronyism (fascism being defined as extensive state economic control without property nationalization). And those policies too, Dear Reader, will have their consequences as well.

Bradley Harrington is a computer technician and a writer who lives in Cheyenne. He also blogs at www.reignitinglibertystorch.com. Email:  bradhgt1776@gmail.com.

Posted by Publius Wyoming at 8:53 AM