Should rural Laramie County residents get the chance to vote in Cheyenne city elections? Of course not.

BY RICHARD JOHNSON
I am mobbed every week by Laramie County residents who say they should be able to vote in city elections for public officials. My answer was always, "No, you don’t live in city limits. Therefore, you don’t get to vote for city officials."
So how complex is this issue? How are county residents disenfranchised?
Some folks who live in the county feel they should be able to vote in city elections because they work in the city, attend citywide functions, spend their money in the city and, overall, support the economy.
These points are sound. Letting county voters take part in city elections could enhance their investment in Cheyenne, perhaps spurring more growth and development as county residents feel more connected to city planning and government.
But on a practical level, would allowing county residents to vote for the Cheyenne mayor effectively change anything?
Last year the state Legislature passed a statute at the request of the County Commissioners Association to remove extraterritorial jurisdiction.
What exactly does this mean for Laramie County and Cheyenne? Extraterritorial jurisdiction is the legal ability of a government to exercise authority beyond its normal boundaries. When this bill was passed, Cheyenne lost its joint authority with the County Commission over planning and zoning within one mile of the city limits.
The process of planning for that one mile outside of city limits had been shared between the county and city. But now the county has full control. Because of this change, it can be argued county residents now have more flexibility while the city's voice has been silenced.
The subject of county pockets further complicates issues. Here is an excerpt from an email I received:
“So far we have been fortunate to keep our well. Our water table is 100 feet. When we moved here 17 years ago, the Saddle Ridge subdivision had no homes, same with much of the new Sun Valley. We had liked the idea of being in the country while so close to the city. But it's all changed. Pipelines came in and everything has changed and definitely not for the better, in my opinion.”
I find this odd since my Bain Elementary School teachers in the 1980s told me Denver was going to reach the state line by now. In my opinion, water is the most valuable resource in Wyoming, and the original city/county fathers shouldn't have let anyone just have a well.
If we go through an excessive drought, I wouldn’t be surprised if wells are not grandfathered in, and if you want to sell your house it has to be tied to city water. No ifs, ands or buts.
County pockets also cause grief because those living in pockets generally don't want any part in city curb, gutter, water and sewer requirements. Residents can end up without those services for two decades while their neighbors cling to county-status and refuse to sign on. It wasn’t until 2018 that refunds were given back to people who had just given up the fight.
It also sucks for the guy who requests de-annexation because the city sewer and water lines are so out of whack in county pocket areas.
The city could mandate annexation, and in doing so, also exempt the residents of county pockets from requirements like curb, gutter, and sidewalk. This would clean up the pockets and increase efficiency of service delivery. If the city had any gumption, it would just annex the properties within the municipality sphere.
I’ve also heard of other ordinances that have caused grief. The one issue brought to my attention was the smoking ordinance. Smoking is still allowed in the county, so once again rural residents comes up aces.
How many of the nearly thousand pages of bullshit city laws really impact them?
One county resident explored a different option;
“I think it’s a frustration that there’s no voice for those who may live in the county but work and spend most of their discretionary funds in Cheyenne. And for many, the only option if annexation is considered is to pay a large fee for sewer and water, both of which most close-in county residents already have. True. But those are slowly dwindling. I would happily pay the Cheyenne mills to have a voice in the city.
“It would still be nice to retain the niceties of county living, such as no shooting restrictions etc. Maybe an unincorporated Cheyenne city limits could be explored to increase tax revenue to fight the blight and fix the streets!"
Another stated:
“I would love to see the county voters have a say in the city elections. However, here are the issues I see with it:
“Laramie County has almost a 100,000 population with a good majority of the population living just beyond the city limits.
The census shows the:
Cheyenne city limits pop. 63,335
Burns pop.  301
Albin pop. 181
Hillsdale pop.  47
Pine Bluffs pop. 1,129.
“How far of a radius or buffer area around the city limits do you extend the voting area?
“If you were to agree on this voting area, how long would it be before the 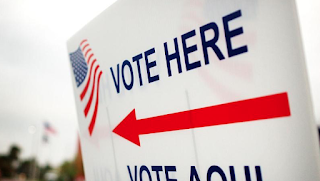 city tries to annex property into the city and try to make them hook up to city water and sewer?

“These numbers coincide with fifth-penny taxes. Out of $66 million, $42,781,200, or 64.82%, went to Cheyenne and $22,057,200, or 33.42%, went to the county.
“This tax is approved by all county voters. The same could be said for the sixth-penny and seventh-penny taxes. It’s voted on by all county voters. The turf facility, gymnastics complex, and Children's Museum all failed with all the county and city votes being tallied. How does voting for a mayor and council change this outcome?"
As we saw in the 2018 Taylor Haynes gubernatorial fiasco – where it was unclear whether Haynes was Colorado or Wyoming resident – where you lay your head at night matters.
Would Cheyenne let a business owner who runs a business in town but who lives in the county vote in city elections? Cheyenne is a box store/chain restaurant mecca. Should the owners and CEOs of those businesses get to vote as well?
They don’t live in Wyoming, but their businesses pay tons in taxes, permits, etc. compared to a "mom and pop" shops. Apples to apples, how much do their employees spend in the city compared to yours? They hire over 100; a small business hires five.
We city folk usually think in these terms: “Don't people in the county live there for the freedom and fewer rules? What are they voting on? The only thing that affects them is sales tax, and we don't let visitors vote on that either.”
Hell, you county residents get to shoot fireworks, have a business in your garage, decide on our own color and type of fence and smoke in a bar. And let’s be real, most of you would vote for the same candidate as city voters.
For all those people who want to vote in city elections, I ask: What your participation in current city government? Are you county residents really being left out?
If you were serious about wanting a voice in city affairs, you would annex into the city or build your business in the county. Maybe you could move back into city limits?
If your answer to all that is no, then that’s my answer to you voting in city elections.

Richard Johnson is a former City Council member from Ward 3 on Cheyenne’s east side.

Posted by Publius Wyoming at 3:13 PM