Those who would create change must speak loudly, even rudely, not bend to bogus calls for civility

My recent posting about putting common-sense gun controls in place in Wyoming before there is a Parkland or El Paso-like event here (https://bulldogwithteeth.blogspot.com/2019/08/wyoming-should-pass-common-sense-gun.html) drew responses similar to what I have heard before. My friend, state Rep. Sara Burlingame, D-Cheyenne, criticized it as over the top, filled with invective and containing an “assumption of ill will” on the part of the Legislature.
But what really stood out to me from Burlingame’s posting on Facebook was this: “The only thing I can do: insist on civility.”
Sorry, friend, but I am not going there. Civility is so overrated. It mainly is used as a tool, particularly 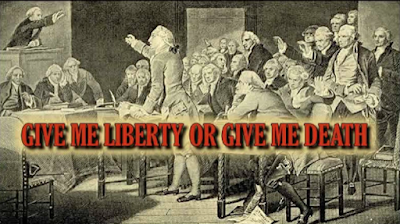 in Wyoming, to quiet the voices of those who challenge the majority culture or its political gospel, whether it is in the Legislature or on the street.

In the Cowboy State, those who dare to speak loudly against legislators’ hateful views and their disregard for the needs of the poor and who argue stridently against cuts in education and other important services are told they are being impolite. They are instructed to be more civil in their discourse. The result: Their voices are quieted so those in control don’t have to hear them and can go about their egregious ways unchallenged.
Consider one example that is important to the future of Wyoming: the continued discrimination against gays, lesbians and other members of the LGBTQ-Plus community in housing and the workplace and at local businesses. This must change if the Cowboy State ever hopes to attract the young professionals it says it so dearly wants. (More on this in a future post.)
At the Legislature, lawmakers demand the issue be discussed in chambers with civility and etiquette. “Please follow the rules” is the order if the day, so the continued and growing frustration of the LGBTQ-Plus community and its supporters is never really heard.
It’s all part and parcel of a double standard. When one of the legislative leadership’s own goes off the rails, his or her behavior is ignored, if not supported. No reprimand is forthcoming. No demand that they, too, be civil.
As a prime example, state Sen. Lynn Hutchings, R-Cheyenne, has said horrible things both on and off the floor about the LGBTQ-Plus community and its members. She recently compared a group of gay high school students to those who practice bestiality. And she once referred in testimony to AIDS as GRID, “gay-related immune deficiency,” in an effort to stigmatize gays, lesbians and others.
Yet as far as I know, Hutchings never has been reprimanded for her behavior. At the Legislature, you see, what’s good for the goose is not good for the gander. Indeed, walk outside chambers at any hearing on an anti-LGBTQ-Plus discrimination bill and you will hear what lawmakers really feel about members of that community, and it will not be said with civility.
Bottom line, if those who oppose hateful or cruel behavior do not speak up – loudly, rudely, with vehemence and, yes, with invective – they simply will not be heard. It takes getting in the face of those in the uncaring majority before minority voices are heeded. Those who choose to be civil are patted on the head like good little children by those in power and then are dismissed from the room.
The quote at the beginning of this post says it all. Where would America be if women had not spoken up loudly – marching, protesting, petitioning – for equality first at the voting booth and then in other parts of their lives? If black Americans has not held sit-ins, marches, protests, gotten in the face of nation that much preferred they be quiet and “wait their turn”? Would union members have the right to bargain for pay and benefits? Would there be gay marriage?
The list of those in America who chose to act with incivility, who refused to sit down and be quiet and who then won the day is long and storied. Anger stirs debate, and debate ignites change. Those without power ignore that at their peril.
When I first moved to Cheyenne 20 years ago to serve as editor of the local newspaper, one of my tasks was to elevate editorial page dialogue. That was done by speaking loudly, by calling out – by name – legislators, governors, mayors, City Council members, county commissioners and others whose public words or performance was improper, wrongheaded or just plain ignorant.
There were calls from readers back then for a more civil approach, for not calling out people by name, for less invective in our approach to issues and public officials. In other words, for more civility. That is not the approach we chose, and our ability to affect the direction of community discussion and public performance was felt, whether various readers agreed with our underlying goals or not.
So it always has been and always will be in my writings. I believe Cheyenne and Wyoming, while great, can be greater, but not by giving in to demands for civility. Speaking loudly, with vehemence, with emotion, is the only tool available to those who wish to create real change.
No one should bend to calls for civility simply for the sake of civility. Those who care, really  care, speak up. And they do so loudly and, if necessary, rudely. Theirs is a great tradition in America. Count me among their number.

D. Reed Eckhardt is the former executive editor of the Wyoming Tribune Eagle.

Posted by Publius Wyoming at 6:57 PM